rattling noise when starting or clicking noise with the engine running, get in touch

BMW and MINI use Timing Chains in almost every model of engine that they produce. 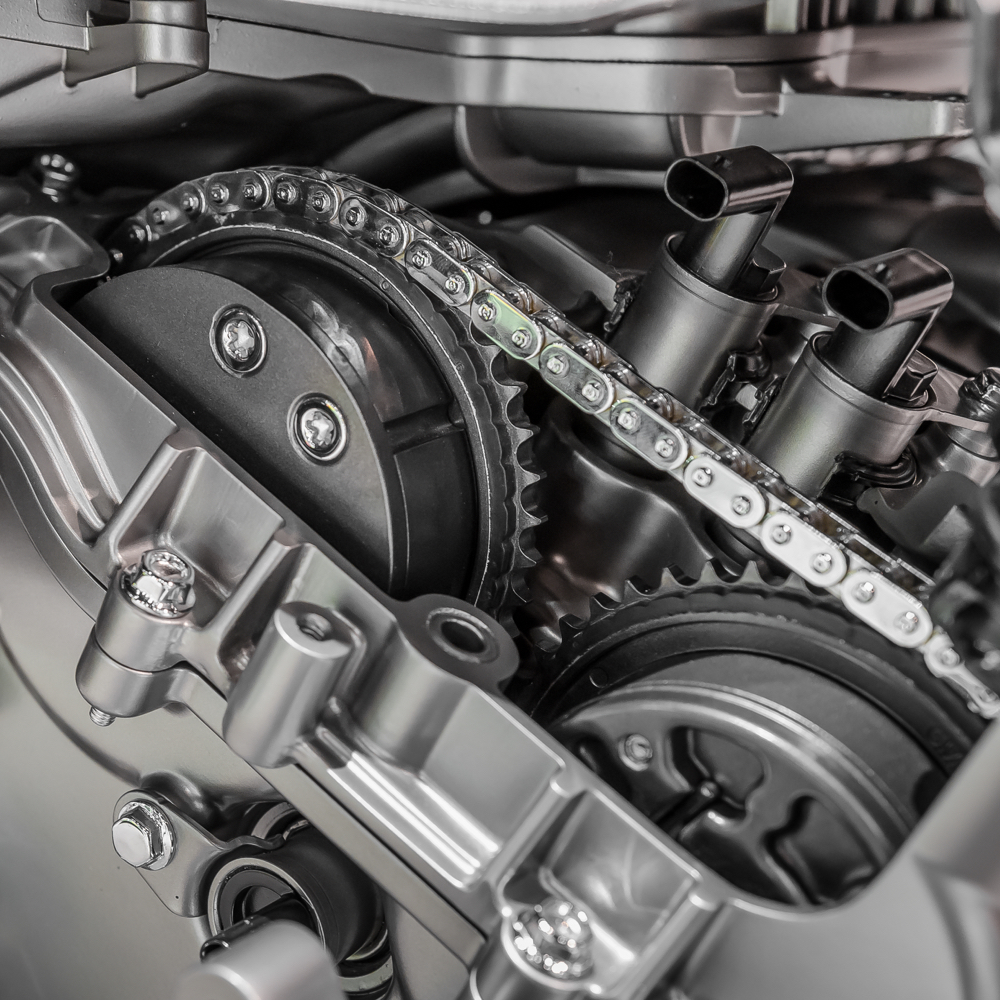 BMW and MINI use Timing Chains in almost every model of engine that they produce.It is recommended to replace your timing chain before failure as repair prices can become very high from internal engine damage. From experience the life of these timing chains are 90,000 miles or 9 years.

Using the original chain above these limits, the risk of failure is very high. This differs from various makes and models. If you are not sure which engine is fitted to your vehicle, please call us so we can advise which engine you have fitted and whether any action may need to be taken. 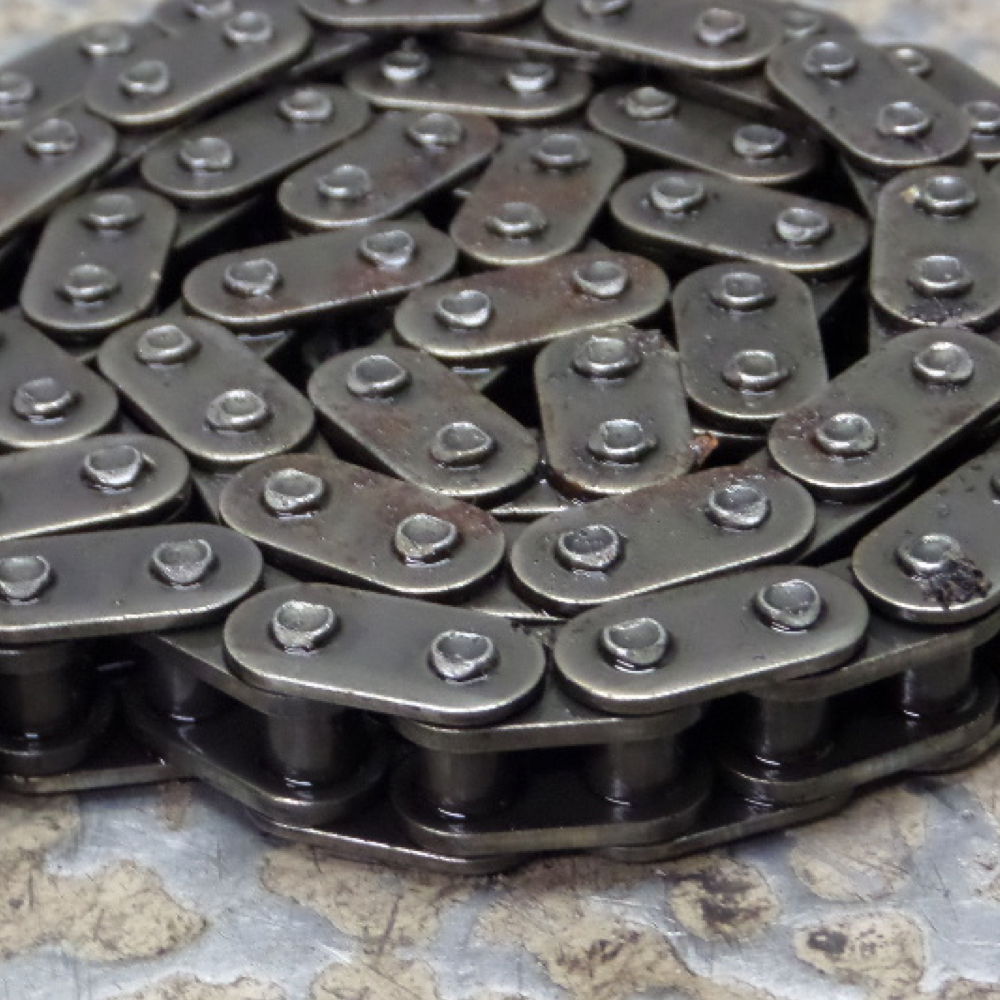 The most common is the N47 – 4 cylinder diesel engine, fitted to most small engine BMWs from 2007 to 2014. The N57 is the 6 cylinder version which also has the same chain setup.
The chains on these engines are fitted to the rear of the engine, meaning the transmission has to be removed to access the chain gear. Which in turn making the labour of the replacement slightly higher than vehicles with the chain fitted to the front of the engine.
With manual vehicles, it is recommended to replace the clutch & dual mass flywheel whilst removed. With Automatic vehicles, it is recommended to replace the fluid & filter pan whilst removed. 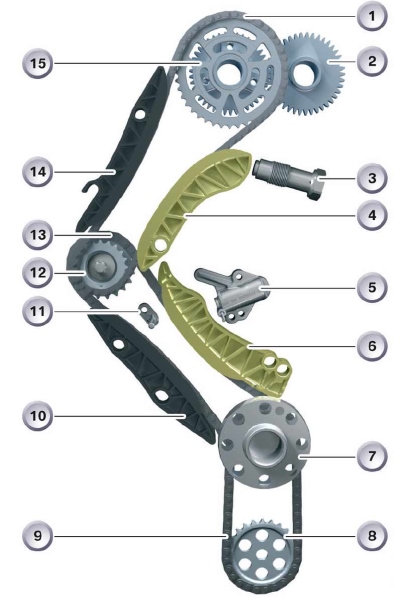 Often, if left to late for the timing to jump, it will bend the exhaust valves. So it is best to replace if you have the 10 second rattle noise after starting the engine from cold.

In some cases, the alternator drive belt can be worn/ cracking from age. It is recommended to replace this whilst it is removed. 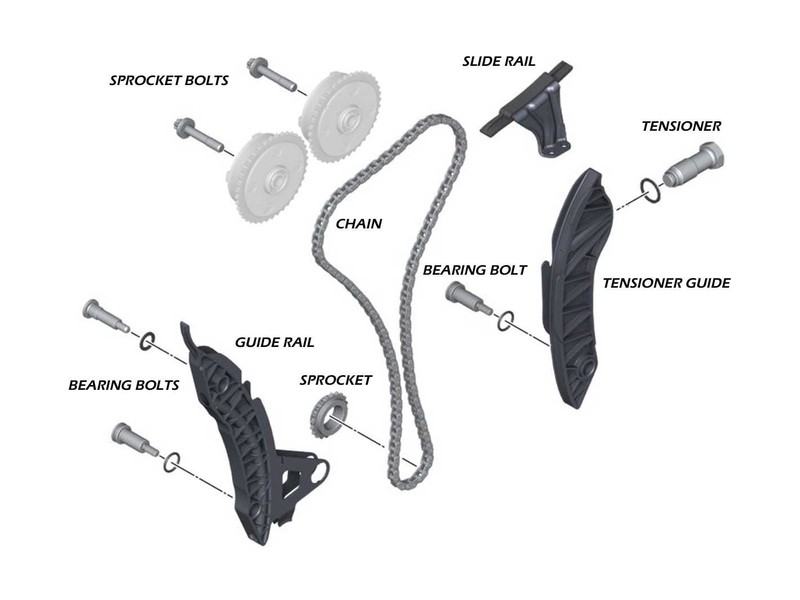 Most complaints of this fault are a scraping noise from the engine or red oil pressure warning light flashes on from time to time. Both of these should not be ignored, as the lack of oil pressure can also cause the timing to jump causing valve damage.

If the timing chain & guides are replaced before this fault occurs, this will save the labour removing the engine sump to clean & remove the broken parts of the failed chain guide.

Beware of cheap remanufactured Engines and rebuilds
Be very wary of companies offering to repair or replace your engine cheaply as they may not be using genuine BMW parts. The timing chain, guides and tensioners are all modified and often second hand replacement engines will not have them installed so you may think you are getting a good re-manufactured power plant but instead it could be from a broken or salvaged car with old type components and you could suffer poor reliability or worse another failure. 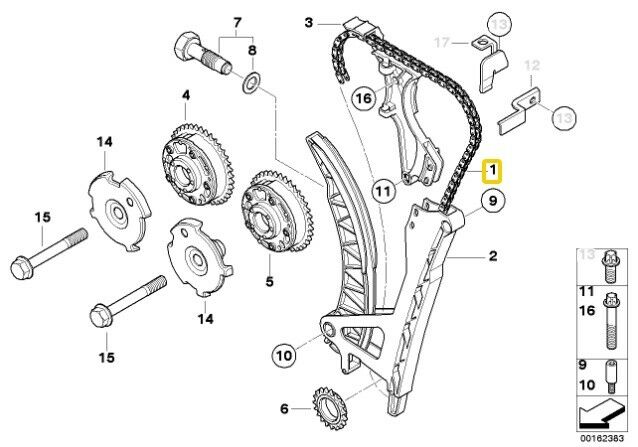